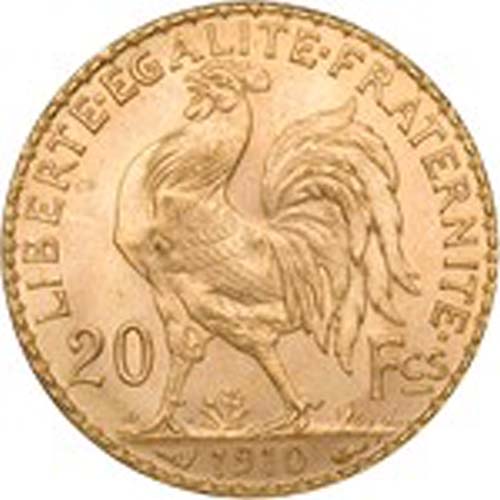 The French 20 Franc Rooster is one of the most common among European gold coins and is the perfect choice for the French History buff. Minted from 1899 to 1914, the reverse of the coin features the Gallic Rooster, or Coq Gaulois, one of the national symbols of France since the Middle Ages. The revered Gallic Rooster symbol played a particularly important role during the French Revolution as a way to inspire revolutionary vigilance, confidence and pugnacity, and to this day appears on French stamps and emblems on sports team as a reminder of carrying the fighting spirit of liberty and independence.